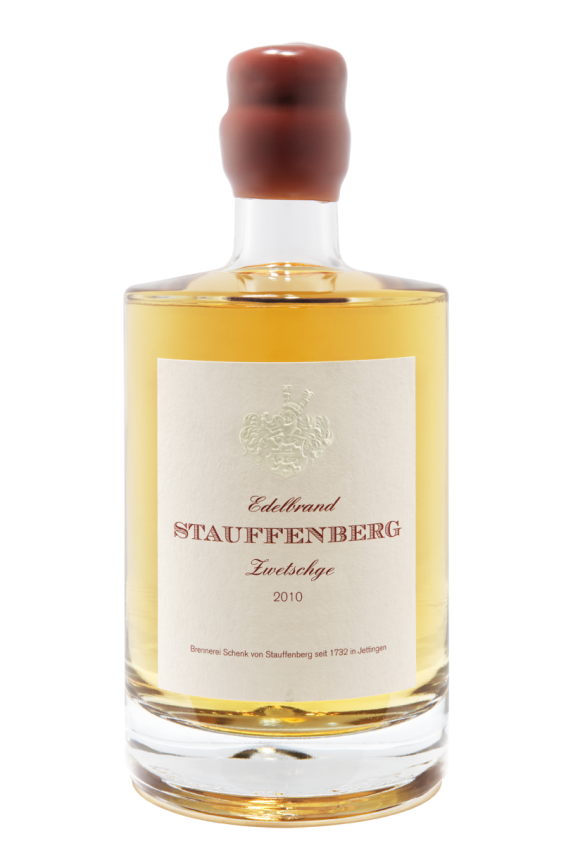 The locally grown late-blooming â€śhouse zwetschgen plumsâ€ť (sometimes called â€śfarmerâ€™s plumsâ€ť) are harvested as late as possible so that its aroma sings not just a song but rather an aria during its otherwise quiet phase of fermentation. Later it acquires a brawny color and a tiny whiff of vanilla after finding refuge in French oak barrels. Its racy force is not always so immediately apparent: it exerts its influence long after it has left your tongue. Amongst ourselves, we call it our Patience Plums brandy.