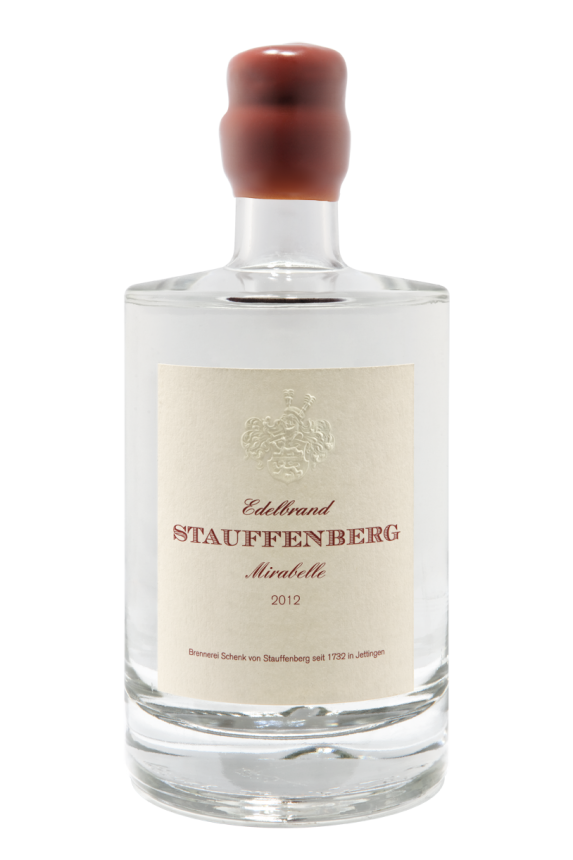 These incredibly ripe Mirabelle plums from the Neckar Valley met with the heat of the fire twice and only with the greatest of care. The fine flavor of this highly aromatic fruit opens up on the palate with slight endnotes of bitter almond and marzipan, and its elegant fragrance gives the brandy what one could describe as none other than a finale with punch. The Neckar, after all, received its name from the Celts who called it the â€świld river.â€ť